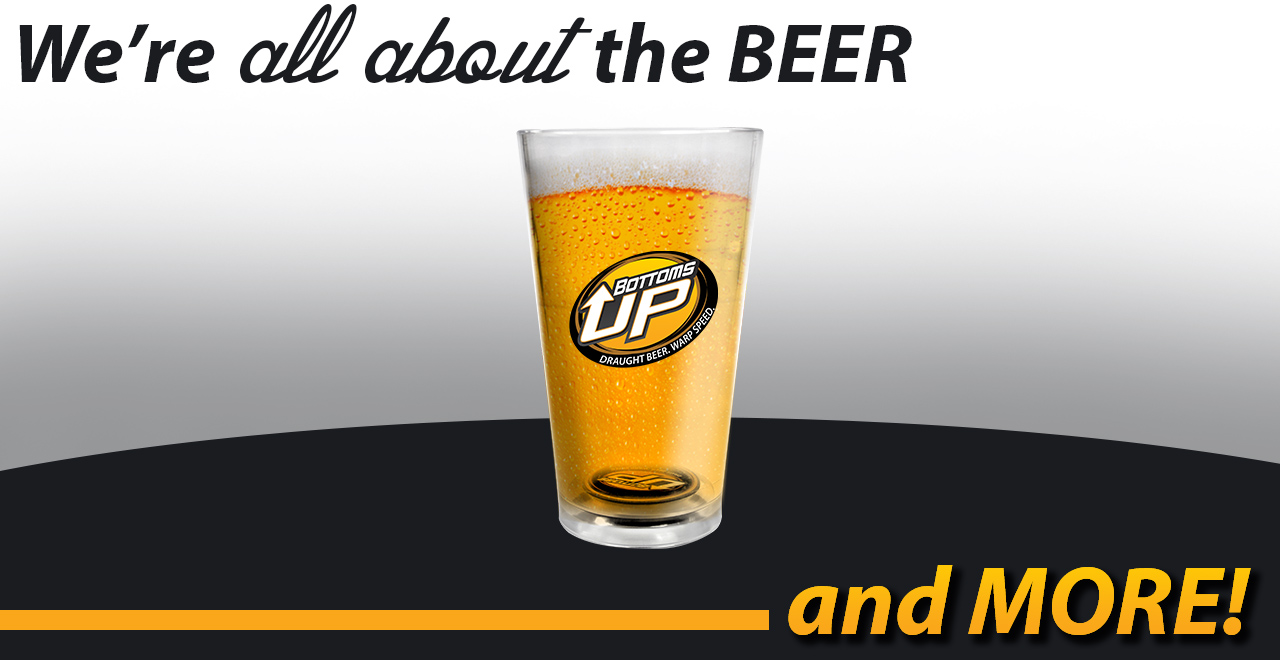 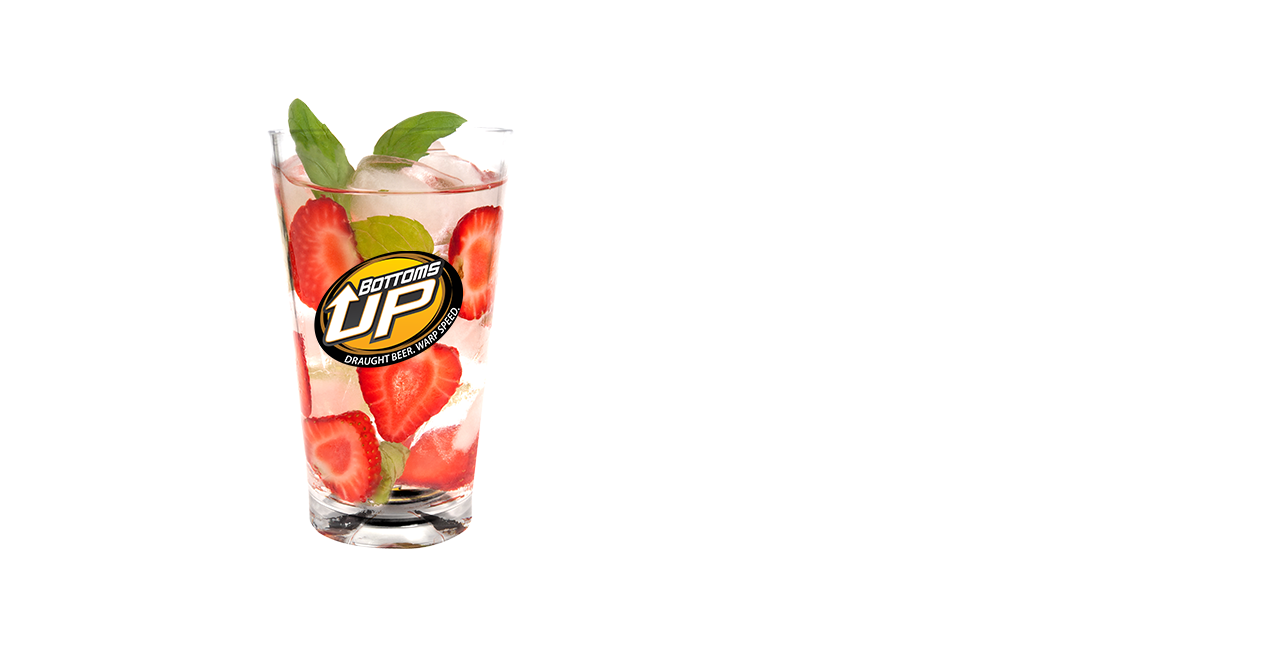 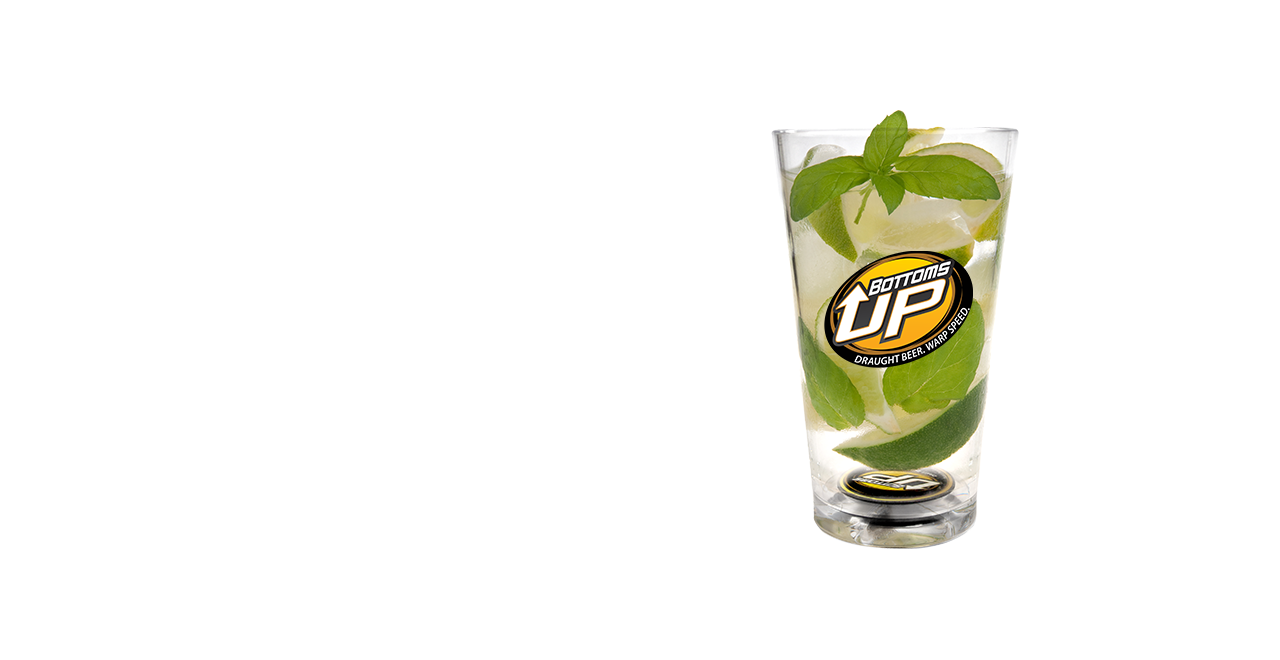 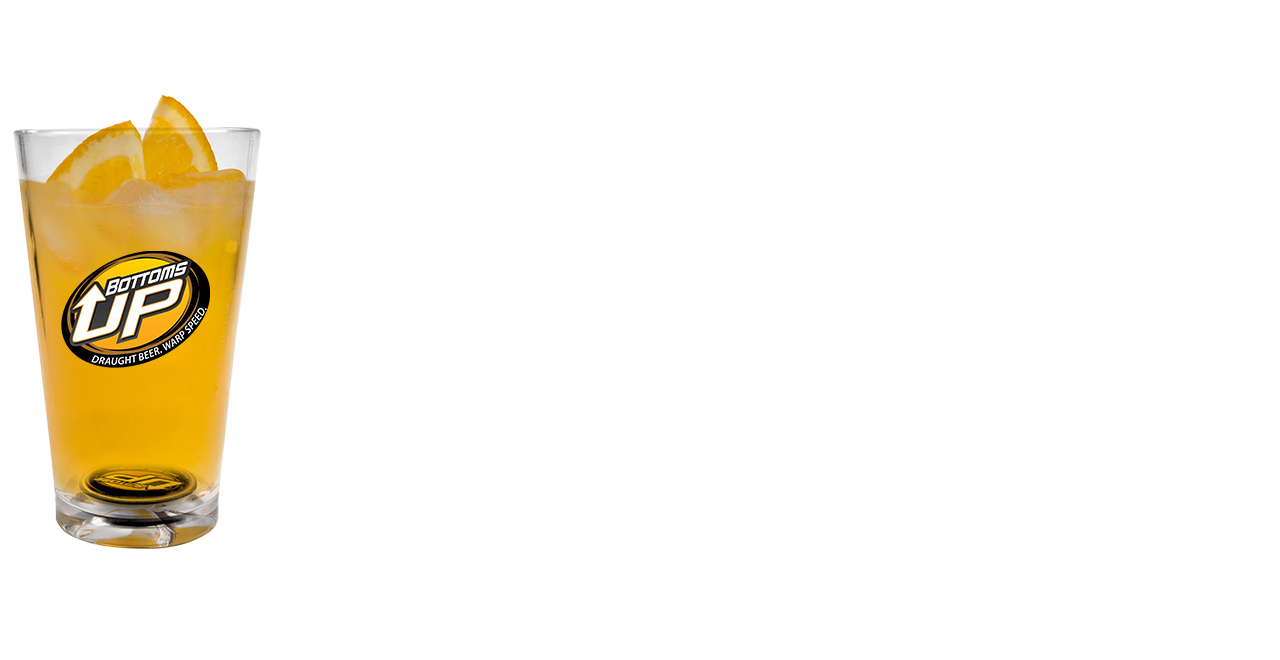 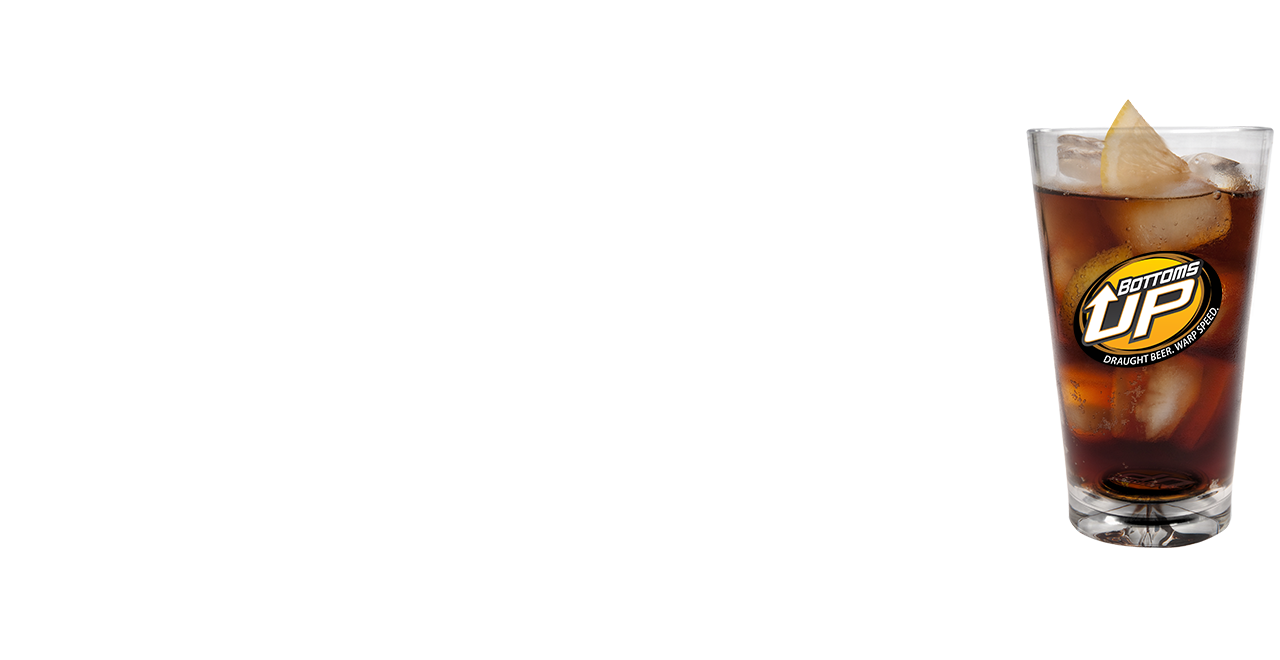 GrinOn Industries CEO, Josh Springer is the inventor and founder of Bottoms Up Draught Beer Dispensing System, the first-ever dispenser that fills beverages through the bottom of the cup. The idea came to him in a daydream in early 2008 and a mere four days later a functioning prototype gleamed in his garage. History in draught beer dispensing was made.

The system immediately started selling itself and so GrinOn Industries was born (the name came from the fact that Josh always had a smile on his face – and who wouldn’t if you worked with beer all day)! Together with Mike Price, Co-Founder and Chief Operating Officer, they embarked on a glorious mission to revolutionize the beer dispensing industry.

But apart from a funky looking dispensing system, what makes Bottoms up beneficial? The traditional method of pulling a pint takes between 16 and 20 seconds and often that culminates to long queues at busy venues as people wait for their drinks to be served.

Quite simply, Bottoms Up is unique due to its method of delivery. Specifically designed to eliminate user error, reduce waste, and decrease transaction times for operationally efficient draught beer service.

Not only is the dispenser the fastest in the world, it can also be integrated easily into any existing draught system. Available as a counter-top or in-counter dispenser, the units range from one to six nozzles depending on the size of your requirements (custom builds are available upon request).

Last year alone, millions of people got their beers filled from the bottom up and it’s rapidly being recognized as the future of draught beer dispensing!

KEEP YOUR GRINON AND BOTTOMS UP!

In 2011, GrinOn Industries relocated to a 26,000+ square foot warehouse in Indianapolis, Indiana.  This allowed GrinOn Industries to be more centrally located for logistical and distribution reasons and ultimately allowed the company to grow at a rapid rate. Not only has GrinOn Industries mastered the commercial Bottoms Up dispenser but we have also developed a line of add-on products to enhance the consumer experience from personalized magnets, tap handle displays, empty keg detectors, and much more. Recently they also released a home unit for the public so that everyone can enjoy and experience the spectacular benefits of a Bottoms Up system in their own home.

Bottoms Up has taken the “art” of pouring the beer out of the server’s hands and made it as simple as setting down a cup. When a server places a cup on the dispenser it fills and stops at the pre-programed level automatically. The server’s hands are now free to grab a food order, ring up the sale, check ID, or set down more cups on other dispensers. This multiplies the amount of beer one person can dispense by themselves many times over and in doing so, decreases transaction times.

Bottoms Up dispensers produce keg yield in excess of 98% by removing draught beers number one enemy, USER ERROR. Compare that with 70% on previous pouring systems and you can imagine the savings! You’ve seen it 100’s of times, an inexperienced server spilling your beer everywhere. Sacrilege really.

So take the “I know how to pour a beer” out of the equation. Replace it with Bottoms Up dispensers and what are you left with? Efficiency. Your staff cannot go wrong.

No bad pours = less money down the drain.

The magnet at the bottom of the cup may seal your precious beer inside, but it does so much more than the obvious. It co-exists as an interactive, influential advertising space in your facility. You could sell advertising space on the magnet to outside advertisers and start making money before you even sell one drop of beer. You could even create your own brand awareness by engaging customers with games, puzzles and promotions on the magnet itself. There is no limit to your imagination here!

Influence your patrons at a time when they can be persuaded the most – when their beer is empty. You can get seriously creative and design a range of ultimate magnets everyone will be vying to collect and have on their fridge at home. Your brand will not only make an impression, it will create a memory in your customer’s households and long live your brand! 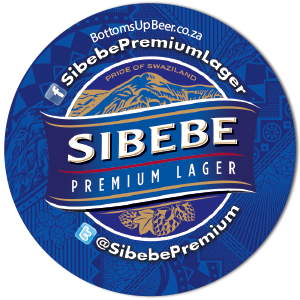 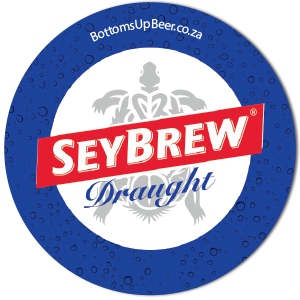 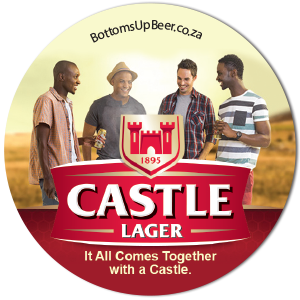 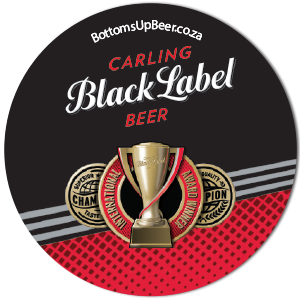 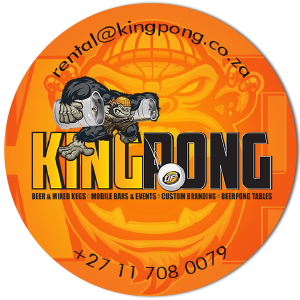 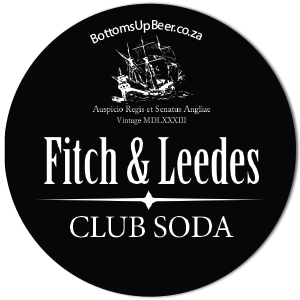 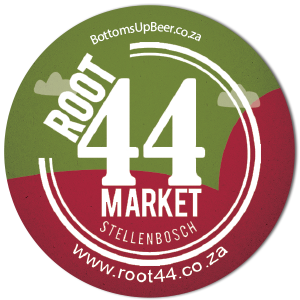 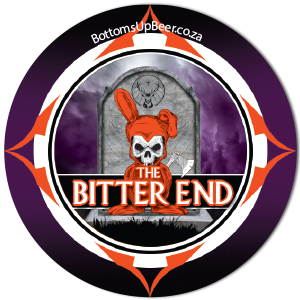 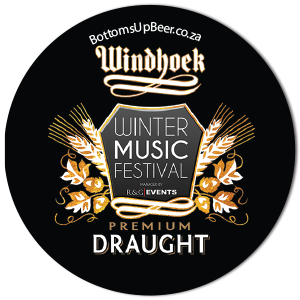 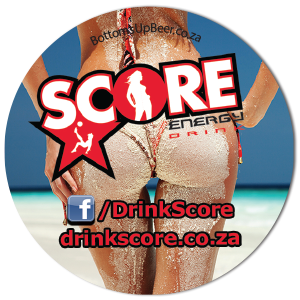 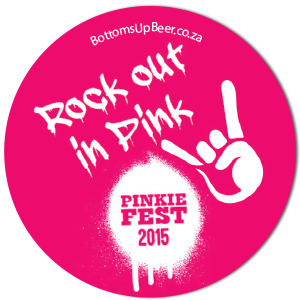 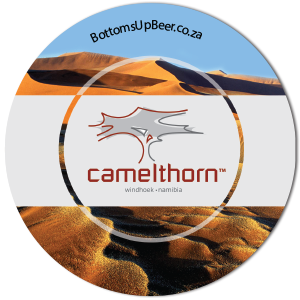 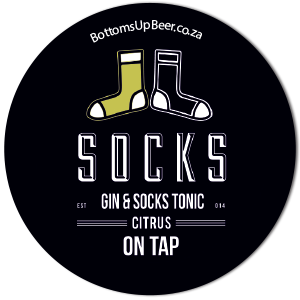